We are extremely excited to be teaming up with our good friends at Slasher Studios to tackle just this subject in our next feature horror film, “Irrational Fear“!  This film follows six therapy patients that are brought together at a secluded cabin to confront their strangest fears. But these fears won’t just hurt them…they will kill them!

I have been a big fan of Slasher Studios for a few years now.  They have created some incredible indie slasher horror films, several of which we have reviewed here, including short film “Teddy“, and back to back feature films “Don’t Go to the Reunion” & “Dismembering Christmas.”  Now that our film “2 Jennifer” is available, and “Serena Waits” is deep in post, we are extremely stoked to begin the early stages of this next nasty horror project!  Here is some early art with lots more to come! 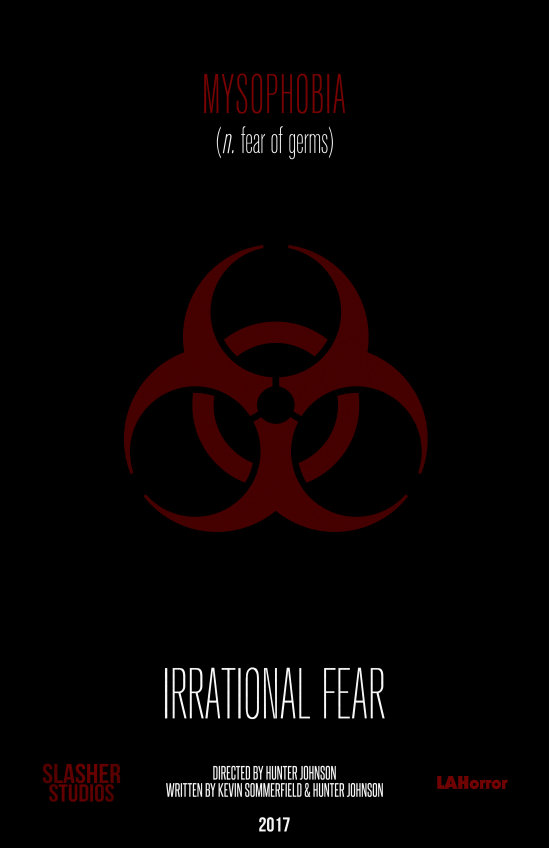 This film was written by Slasher Studios owner Kevin Sommerfield and myself (Hunter Johnson).  We will be sharing all things “Irrational Fear” right here, so definitely stay tuned!  In the meantime, be sure to “like” the film on Facebook & Twitter!