Hello Horror Lovers!  I’ve recently had the privilege of working on two incredible horror projects entitled “Bethany” and “Restoration,” directed by James Cullen Bressack & Zack Ward, respectively.  These feature films will no doubt chill you to your very bones and shock your system – that’s a personal guarantee.  While principle photography is wrapped and the films make their way into post, we wanted to give you a sneak peek into not only the films themselves, but the filmmaking process.

Film Courage, an incredible resource and supporter of indie films, visited the set of “Bethany” and shared some incredible behind the scenes insight for the project.  I’ve got the playlist here, so I HIGHLY recommend checking them out, especially if you’re an aspiring filmmaker yourself.  Enjoy!

We will keep you up to date on all things “Bethany” & “Restoration” as more emerges from the films.  Also be sure to follow Film Courage on Twitter!

Greetings, horror lovers!  It’s my pleasure to share the news that a new production company, Grit Film Works, is now in production on two micro-budget horror films that are going to haunt your face off!  The films, entitled “Restoration” & “Bethany,” are being produced by Grit Film Works’ James Cullen Bressack & Zack Ward.

On a side note, I am an Associate Producer on these projects along with Jarrett Furst, Christian Ackerman & Line Producer John Mehrer.  I can tell you first hand that these films are going to shock, horrify and satisfy your lust for blood and horror!    The Hollywood Reporter just dropped the news in a new exclusive, check it out below! 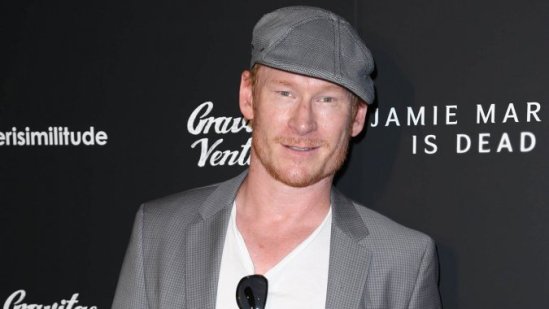 “Grit Film Works is off to a terrifyingly fast start.

The production company, owned by filmmakers James Cullen Bressack and Zack Ward, is in the middle of back-to-back shoots for two horror films.

Bethany stars Stefanie Estes as Claire, a woman who moves back into her childhood home with her husband. The abusive, traumatic memories of her mother return to haunt her — as her husband becomes busier with work, she finds herself in a fog of memories — as a small figure tries to reach out to her.

The second film, Restoration centers on a young doctor who moves to a new town with her husband while she completes her residency. Things seem to be going well, as she and her husband, a contractor, renovate their home, and meet a fun couple next door. Things take a dark turn when they discovery a diary buried within the walls of their house, and a terrifying spirit is awakened.

Ward and Bressack co-wrote both scripts. Restoration is currently shooting, while Bethany is set to begin filming later this month.”

Keep up with “Restoration” and “Bethany” right here at LAHorror.com!  Also be sure to follow us on Twitter for all the latest updates.  We will be sharing exclusive photos, videos and interviews as the films continue!