Haunted houses have become a lucrative field.  According to the Haunted House Association, haunted attractions pull in over a billion dollars annually in the United States.  Most of these are family attractions such as corn mazes and hay rides that may have a few actors or props to provide a few jump-scares for you.  These are decidedly PG-rated affairs and generally fall more toward the “creepy and spooky” level rather than anything genuinely scary.

Of course, there are the large scale theme park attractions such as “Knott’s Scary Farm” and “Universal Halloween Horror Nights” that provide professional level makeup and effects.  There is a higher gore factor and more implied violence.  These are the PG-13 style attractions.

And then there are the “extreme” haunts.  In attractions such as “Blackout” and “Alone,” you go through alone and must sign a waiver.  Full contact is allowed and you are placed in extreme situations involving sexual situations and psychological stress.  You are provided a safe word to cease the interactions.  Definitely hard R ratings here, possibly drifting toward the NC-17 if we continue our MPAA analogy.

H E R E T I C would be the ratings equivalent of a 70s style X.  The MPAA would quite simply refuse to give it a rating and would possibly contact the state and local authorities to round up the responsible parties.  Part performance art, part horror film, it is not meant to be scary.  It is meant to be fucking terrifying.

And it’s free.  But there’s a catch: you have to be invited. 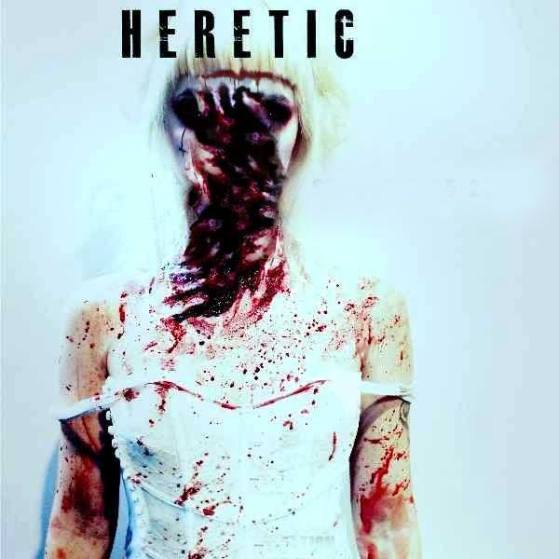 Chances are, if you’re on the invite list, you’ve already encountered the creative mastermind behind H E R E T I C: Adrian Marcato.  Marcato is a makeup and effects artist for movies such as “Dead Sea” and “House of Manson.”  And for the last year, he has been causing people to scream out designated safe words under the banner of H E R E T I C.

I first encountered Marcato at “ScareLA” where he was running a five minute demo version of       H E R E T I C.  I stepped behind a curtain into pitch black and was immediately accosted by a demonic figure.  I didn’t even notice the blood on my clothes until an hour later.  It was truly bizarre and terrifying, even in the middle of a crowd of people.  Marcato promised that this was just a taste of the full event.

The following is an e-mail interview with Marcato conducted just after the conclusion of the latest H E R E T I C event: P A R A T O X I C.

Adrian Marcato: I have been in FX for five years now. I actually started taking screenwriting classes and moved into shooting my short films. The first one I wrote, shot, directed and did the FX for by just learning on the spot. The name of the film was “Her Dead Flesh,” [and] it was about a girl that on the way home was raped and killed by a creature (it’s revealed later a vampire). She comes back to life murdering and drinking blood. That was my first FX job turning my classmate (now wife) into a rotted vampire that masturbates with bloody severed limbs. I did FX for friends and eventually landed my first horror film “Hatchet 3” as an intern.

PSE: And what led toward the transition to live performance?

AM:  Prior to that, I had worked at “Knotts Scary Farm” as a monster and security. I worked four years on that haunt, learning by watching the production from all sides. In 2011, I started working FX for the “LA Haunted Hayride” and that was great, because I was allowed to be creative with the make-up.

In 2013, I wrote a film called H E R E T I C, shopped it around, and actually took meetings with a few production companies–a few minor and one major. They passed on it, so I decided to just do it myself, and it was during the casting for it I got bored after seeing like 100 people.  So I decided to scare the actors coming in by presenting a disturbing scene they had to act out…it was then I decided to develop It into a haunted house. I tested the material out on myself first which was a really brutal experience.

PSE:  What was brutal about it?

AM:  I wanted to see how real I could make it. I asked three close friends to participate as my monsters. I was tied to a chair in my basement and I could got not get out of my restraints. I then told them to lay five weapons on the ground in front of me: a bat, a knife, a metal pipe, a rope, and gloves.  They were told by me that I had to choose three out of five and it [would] be random. I was very scared when the blindfold went over my eyes. I chose the gloves first by pointing blindly and one of my friends put sheer latex gloves on and for 10 seconds hit me very hard. The knife was picked next … I was slightly cut. Nothing heavy, but the last cut was deep. I called safety and it was over.

Never again.  That was very intense, but it helped me to create a vicious design without going to those extremes.

PSE:  But H E R E T I C is pretty extreme.  I mean, as far as haunts go.  What was the first version like?  How many attended and what was the feedback that you got?

AM:  It was in my house. We gutted it and made it very dark and foggy. We had four rooms, and it started in a very small room that was enclosed with two doors: one into the room and another that lead into the house. You were greeted by a very creepy pale woman that did not talk to you but played a recording. She wanted you to help her find her daughter’s body that was supposedly in the house. She also explained that filthy, sick people were in the house, mentally deranged and mad.  She opened the door. The dim light and fog spilled into the small room. She slowly pushed you in and closed the door saying there is only one way out.

Once in the hallway, you could not see anything. A figure slowly became clear calling you down the hallway toward it. As you got closer, the things inside would pull you into the dark rooms and begin torturing and violently throwing you around in a padded room. Guests were turned upside down and forced to watch disgusting sexual exorcisms performed on violent possessed victims.  The end is secret but we only had seven people go through and each one LOVED IT. One guy said he was so scared he was in bed for three days after leaving.

PSE:  It’s that commitment to supernatural horror that separates H E R E T I C  from other individualized horror experiences such as “Blackout” and “Alone.”  How has the story evolved, and what are the challenges and differences writing a live experience versus a movie screenplay?

AM:  I wanted to treat it like a franchise, so every sequel to H E R E T I C was different, but held some components from the original story. The second one was [about] how the daughter was murdered and how the mother was drugged and used to procure other girls. The third was the secret group that did horrible things in honor of their demigod MASOCH.  H E R E T I C 4 took our guests even further to the process of becoming part of the secret cult, and part five, which was our last show, dealt with disease as worship.  A man from the secret cult is exiled so he starts his own religion based on a disease he creates.

Writing a live experience is just taking out all the cool elements of the story and shaping it into a shorter almost theatrical feel but keeping the viciousness of a horror experience.

PSE: Speaking of franchises, you’re moving into new territory with Midnight Killer.  What’s the story with that?

AM:  It’s much different than              H E R E T I C and I’m very excited for people to go through it. I took some very cool serial killer movies and a haunt and mixed them together. Guests won’t know what’s coming …it’s as brutal as
H E R E T I C but [there’s] more interaction with my main character. The story revolves around a man named Lucas Merrill: a large presence that takes you on a short ride through hell.

PSE:  So what have you learned about fear from this experiment and where do you hope to take it?

AM:  Fear is something that’s inside everyone. It’s buried for most people.  During my last              H E R E T I C one guy said I tapped into his childhood with one scene and he freaked out …I hope to take people places they’ve never expected.

To learn more about H E R E T I C, be sure to “like” the event on Facebook.  This feature was written by LAHorror.com contributor Paul Stephen Edwards.